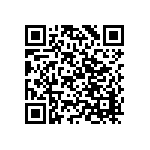 In 2006, he was ranked third of 1,500 applicants at the entrance exam to the Faculty of Medicine of Montpellier, in the South of France, the oldest still in existence in the world. Dr. Olivier Roca chose Dentistry and already knew that he wanted to specialize in Orthodontics. Throughout his education, he was the top of his class multiple times, and completed his studies after his orthodontics thesis defense, for which he received “Very Honorable” and the Jury’s Congratulations distinctions. He achieved his Diplôme d’État en Chirugie-Dentaire in 2011.

He went on to practice general dentistry from 2012 to 2016, while also holding the title of Chair of an organization for young practitioners who were unfairly treated in accessing the orthodontics specialization. In 2016, his first application to the Université de Montréal was accepted for the very competitive orthodontics specialization program. During this three-year full-time residency, he was trained for the latest developments in orthodontics and attended numerous conferences in Canada, in the United States and France. He also completed a Master’s in Dentistry, including clinical research about adult sleep apnea treated with mandibular advancement devices. He presented his results, both in Canada and around the world, including in Paris, at the congress of the Fédération Française d’Orthodontie, where he won third prize in the “Young Lecturer” category.

After successfully completing the Royal College of Dental Surgeons of Canada (FRCD(c)), he earned the title of Orthodontic Specialist in 2019.

Dr. Olivier Roca is passionate about orthodontics and likes to share his knowledge and enthusiasm. During his training, he fell in love with Quebec, its landscapes and people. He then chose to practice this beautiful specialty alongside Dr. Jean-Marc Dumoulin at the specialized OrthoLaval clinic. He practices various outdoor activities such as skiing, hiking and cycling, but also slackline, longboard and paragliding.